Today I’d like to give a little publicity to a couple of new projects I’m involved in, and which need help from people like you. Both of these are organized through NACIS, the North American Cartographic Information Society.

First off, NACIS is creating a new publication, the Atlas of Design, which is intended to be a showcase for top-notch cartographic work around the world. We need help from you, though, to make it happen. If you know of some great work out there, let us know at atlas@nacis.org. It doesn’t have to be something you’ve made — if you’ve seen a great map out there  that someone else has made, encourage them to submit to us, or let us know and we’ll get in touch. We want work out there that gets to the heart of great cartography and makes us think about what beauty and design are.

As the announcement says:

The Atlas will feature a gallery of full-color maps showcasing cartography at its most beautiful, its cleverest, its sharpest, and its most intriguing. But it will be more than a museum of images; each map will be accompanied by thoughtful commentary that guides the reader toward a deeper understanding of the work: its inspiration and message, the ways it means to influence us. It is well to look upon something beautiful and good, but once we understand how it is beautiful and good, we can carry those lessons into our own work and advance the craft of mapmaking.

For more information, including guidelines, go to nacis.org/atlas.

NACIS is also launching a new education program, the Initiative for Cartographic Education. The aim of ICE is to improve the quality and reach of cartography education at all levels (primary through college through professional training). As its first project, ICE will be assembling a curated database of education resources: labs, lesson plans, images, tutorials, etc.  Wondering how other people teach projections? You’ll be able to look at lecture notes and slides from other educators, using them to inspire improvements in your own practice. Creating a new a lab section and need some content? Ready-to-use lab exercises will be available to help get you started. We want to make it easier for colleagues to share best practices with each other, and create an ongoing conversation about how cartography should be taught.

To do this, we need your help. If you have resources you’d be willing to share (preferably under a Creative Commons license), contact me at daniel.p.huffman@gmail.com. We can host materials, but if you already happen to have them online, we’ll also be putting URL entries into the database as well.

NACIS is about cartographers coming together to do great things, and both of these projects are going to be awesome. Please consider participating. And please pass this along to as many people possible. We want everyone to know what we’re up to.

Let me tell you about one of my favorite maps. 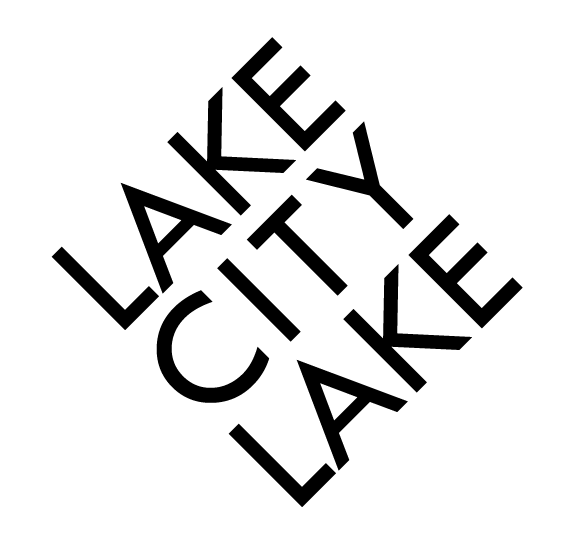 I’ve seen it on various t-shirts around Madison, Wisconsin, the city in which I have lived for the past four years or so. It’s an emblem of sorts for we who are proud of living on an isthmus.

I love this map because of its simplicity, and how that simplicity exemplifies good and clever cartographic design.

I like to bring this map up as an example to people because it helps explore the edge of the term “map.” It certainly doesn’t look like most maps (except, of course, the increasingly-poplar typographic maps). But to me, its unusual appearance simply brings into focus what a map is and is not. This is a representation of space, and one in which there is a correspondence between space on the page and space on the Earth. The isthmus of Madison runs roughly southwest-northeast, and to either side there are lakes. This relationship is preserved in the representation above. It’s authored, like any map, and it is graphical (it functions through its appearance). Those are the four components of map-ness, to me: authored, graphic, representation, spatial.

So, first off, I appreciate it because it permits me to be needlessly pedantic about what makes something a map. Beyond letting me show off in front of others, though, I appreciate it even when no one else is around. I enjoy its simplicity and its economy. It’s a very highly generalized map, breaking down the area into but two categories: lake and city. It’s a reminder to me that you can still convey a message with a map that is ridiculously simplified. Adding any more detail here would get in the way. All maps tell stories. Some are short, some are long. This map is a slogan. Unfortunately, there are a lot of maps out there that don’t say much, but take a lot of space to say it, and they could learn a thing or two from this one. Here, the message is paired perfectly with the level of visual complexity used to express it. I imagine there are a lot of more detailed maps out there that could stand to be distilled down into three words. I have some problems with those who worship Tufte’s doctrine of minimalistic, ink-efficient design, but those ideas can certainly be instructive.

Finally, I appreciate the fact that, like typographic maps generally, it needs no legend. When you look at this map, you see what it is. The interpretation of map symbols should ideally be seamless. As mapmakers, we work in the zone of representations. People see through maps — they don’t look at Google Maps and see yellow lines and blue polygons. They see roads and water. It is our job to make that representational layer transparent, so that people see what our symbols mean, not how they were constructed. A legend absolutely destroys that transparency, because it makes someone aware of the symbol’s mediation, and forces them to scramble for its meaning.

I’m not a big fan of legends. While they are certainly necessary and useful at times, I’d rather mark things directly on the page if I can. Too often, you find maps like this one, in which the legend serves only to waste everyone’s time. A lot of people have been unfortunately indoctrinated with the notion that a map must have a legend, when they should be used sparingly.

What I would be keen to see is something which expresses this economy of design, and this easy legibility, but does not use type. I’m sure there are examples out there, and it’s something I will have to ponder in my own future work.